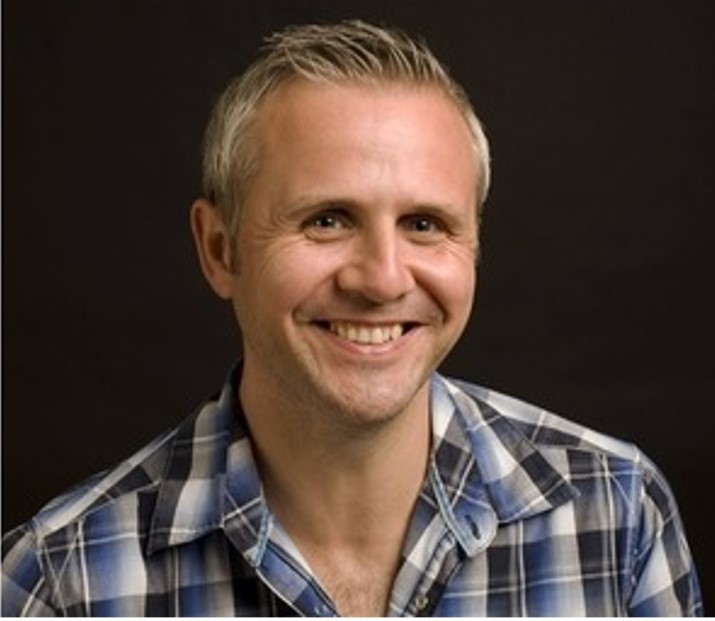 The mind can heal the body – this is now scientific fact. With his best-selling book, How Your Mind Can Heal Your Body, Dr David R. Hamilton is broadcasting this timely revelation that goes some way to both validating and making sense of some of our oldest teachings about health and wellbeing as well as uniting the scientific and spiritual communities. Kate Osborne gets to grips with the man who has made it his mission to spread the word…

What was the inspiration for this book David?

My first book, It’s The Thought That Counts, gave a lot of evidence about how the mind and body were connected and then people started toask me, ‘is there anything practical I can do?’ and that’s when I had the idea for this one, because then I could turn the theory and the evidence into opractice. The book is a very practical bokk, it forst shows you how the mind and body are connected, backed by a lot of brand new cutting-edge, scientific evidence and the second half of the book tells you exactly what you need to do to heal. So many have told me that they are aware that the mind and the are connected but they don’t know how to make that connection themselves, and this book tells them exactly how. I wanted to pack in lots of peopl’s real experiences, to show others that this really works.

What makes the book so relevant?

I think people need to realise that theere is something they can do as well, you know. We’ve relied so much on others, we’ve put the power outside of ourselves, I suppose, always thinking that the answers for things are ‘out there’, we have to go to a doctor, we have to go to a therapist and actually there is stuff we can do as well. I never say to people, stop doing all that stuff, keep doing it, but because your mind is always active you have to think something. My approach to visualisation is ‘this is something to think about’. This is something you can actually do while you are receiving your medication, therapies or whatever else you’re doing. It’s about time in the world that people got their power back. It sounds kind of corny, but, yu know the world is changing. there’s something in the air I think. The consciousness is rising for a start because people are searching. That’s why you see so many alternative therapies nowadays as opposed to just the option of conventional medicine. You have got a whole range of therapies, with more and more people training in healing techniques like Reiki and then you’ve got the mind/body approaches. There seems to be like a vast explosion in this kind of field. So the ‘rise’ is already happening, what I’m giving people is an extra tool, something people can use by themselves, for themselves.

Perhaps it’s the ‘ancestral ways’ coming back in a contemporary language, even scientific?

Very much. The old ways were more holistic, the body was looked at as a whole. And I think it was the ‘scientific method’ that threw that approach out the window. And it now seems to be changing, which is one of the unexpected things. When I first got into the Mind,Body,Spirit (MBS) industry, I was working in the pharmeceutical industry. There weren’t many, in fact no other scientists that I knew of, involved in the MBS field. I used to go to the MBS fairs and a lot of people had bad opinions about the scientific community, and I’ves been immersing myself in trying to find scientific validation for things that I learned than and what other people know about. I realise now that there are more and nore scientists writing about the ‘old ways’ now and there is lots of research going on, which is where I get my information from – academic professors from different universities who are actually doing the work. It’s kind of funny that it’s science providing the answers again. Where science got rid of the holistic appraoch now science is bringing it back. Scientific Karma maybe!

Why go you think that it’s working out like that?

I think scientists are seeing the sense of the alternative/complementary ways. For example, neuroscience, the imaging technologies came along, like MRI scanners, we’re seeing the evidence that you cannot deny – that thoughts change the microscopic structures of the brain. And that’s something that people in the MBS  and holistic therapy fields have been saying for a very long time. Your mind – your thoughts affect your body. So here we have actual proof from cutting-edge scientific instruments saying your mind actually causes changes in the structure of your brain. And a lot od scientists just want to explore that and don’t look at it as ‘wu wu’ stuff. They say, ‘my God this is absolutely fascinating, how can we use this?’ I think now sciemce is providing an extra path for people. On can choose religion or whatever but science is now giving credibility and validity to the ‘spiritual’ outlook and more people resonate with that and feel more comfortable in expressing what they beleive.

Could the ‘new’ scientific approach and attitude be the answer to everything?

I’m not trying to say that it is the answer to everything, because it doesn’t answer everything and I think thare are a lot of flaws in the way some scientific experiments are done. It just provides another way for people. What i notice when I give my talks is that people will often say at the end that they love the fact that I’ve provided scientific clarification for what they’ve beleived. And I think that’s what science is providing, clarification for the things that people have always intuitively beleived. Ordinary people are getting excited by the fact that this information is coing out from the scientific community, particularly women, who will tell me that their men were so sceptical of what they beleived. Now these women can give the men something that they may more easily understand so that they get it too. A lot of therapists come to my talks as well who go away with sourced information that they can share with their clients that will help their clients to take more seriously what they are undertaking.

So maybe science is simply another language that communicates our true meaning?

You’ve hit the nail on the head, that’s exactly how I see it. Some people just need that extra, almost tangible clarification. Some people just find it very useful to convince other people. I think a lot of the people that come to my talks are there to get information that they can pass onto other people, a lot of people want to share what they know. they want to talk about healing or spirituality and they may be in an environment where the people around them are very sceptical. But once these people know that there is some science behind it they feel for more confident to talk about what they beleive, they have something that validates their intuition.

David, would you consider yourself to be intuitive?

Yeah, I moved from spirituality into science. I have always looked at the world in a metaphysical, spiritual way. When I was a child, about seven, I used to roll marbles down a plank of wood, and whatever marble I wanted to win always seemed to win. I used quite a scientific approach, giving each marble points depending how far they got along the plank. But whatever marble I liked best always seemed to ‘win’ and have the most points at the end. I just assumed then that my hope for thigns seemed to influence what was happening and I though that’s how things worked. So my spiritual beliefs formed from there. I am an ordinary person. Igrew up on a council estate, my parents struggled finacially and so I speak the same language as ordinary people – the majority of people who don’t have a background in science. When I learned interesting things I always loved to explain them to my family, so I had to choose language that would ge the ideas across in a way that was engaging and understandable.

Off the top of your head David, what’s one thing you can recommend people undertake to heal or keep well?

Meditation. Meditation really slows down the aging process by causing the genes to change. Just before I submitted my final version of my book to the publisher, a study came out from Harvard on meditation and ‘relexation response’ – which also included analysing the body’s response to Tai Chi, Qui Gong, Yoga and repetitive prayer. What the researchers found was that eight weeks of meditation training, roughly 20 minutes a day, actually affected over 2,000 genes, 1,500 of these were activated – like light bulbs being switched on – on account of meditation. Many of those genes were involved in the body’s response to oxidative stress. Oxidative stress is more commonly known as the free radicals that advance and accelerate the ageing process that is involved in things like cancer, diabetes – a whole host of illnesses. Many of the genes that were activated through meditation were involved in the body’s response to oxidative stress, in other words the body was ‘mopping up’ the effects of the stress.

(For a hard copy of this feature, that includes the case study ‘Tom’s Story’ order Kindred Spirit Magazine issue 95 Nov-Dec 2008)