Mind How You Go! 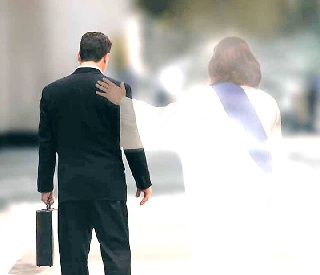 If the clinical definition of a ‘healthy’ mind is based on a person’s acceptance that regardless of what they believe and hope, they cannot change the world and that things will happen over which they have no control and cannot influence, then it begs the question, ‘If you feel you must or can ‘improve’ the human condition and the state of the world today, are you simply deluding yourself or worse… slipping into madness and dragging others with you?’

Now I am sure that all the incredible, selfless work undertaken by so many people to help others, either in trouble or less fortunate than themselves, is not driven by an ‘unhealthy’ obsession with salvation or over-optimism, but rather feelings of humility, compassion, empathy and love. What I question now is the real intention – the main motivation of anyone who believes they must ‘be the light’ to guide others out of their esoteric shadows. Can a person ever have too much of a ‘God’ thing? Can ‘illumination’ blind us from the truth, distorting even our very own, personal sense of reality?

And in answer to this, I would now say ‘Yes’ it is very possible. People can get dangerously lost in enlightenment just as easily as too much power can corrupt in business, politics and religion. Throughout various historical accounts, stories and mythology individuals have suffered. Like Icarus flying too close to the sun and Montezuma’s refusal to see himself as anything but an immortal God, perishing at the hands of the Spanish, Christ’s short life and early death have yet to bring the Kingdom of Heaven to Earth and Joan of Arc was slain with her mind still in turmoil. Nostradamus, Rasputin, Ludwig Wittgenstein and Albert Camus all looking for meaning, saw only misery or failed to see any point at all, despite their intellect. All these people, who were exposed to an incredible amount of knowledge and held such strong beliefs, became victims of the very ideals which once sustained them.

There are probably a vast number of people around the world who sense the same ‘awesome’ things, but perhaps only a handful actually believe in it to such an extent that their ‘quest’ to save the world, single-handedly, takes over their lives completely, and more often than not to their physical and emotional detriment. These individuals are said to suffer what has been coined as ‘Christ Consciousness’ syndrome. In the course of one single year during my time as a magazine editor, I met half a dozen, middle-aged men, from across the continents who were all convinced that their ‘life purpose’ wasn’t just to illuminate a path for others, but that they were here to actually ignite the world and all who lived in it. And though I could see this passion burning inside them, I was overwhelmed by their fragility rather than the ‘divinity’. Instead of being be drawn to follow them into the blinding light, my maternal instincts kicked in and I wanted to take them instead to a very real place, of this Earth, to make things better. Perhaps it really does ‘take one to know one’.

There was a time when I would have simply (and rather naively) put my thoughts of ‘importance’ down to my ego – as if I and my ego were two separate things, opposing each other even. I once thought of the mind as a lesser, and more destructive part of my body, in conflict with the almighty, loving heart. Like some sort of galactic battle, I would pit them against each other, professing to be on the side of the ‘heart’ – the ‘good’ in me. When really what I was doing was pushing away the very side of me that needed love and understanding the most. Having had my mind broken and been lucky enough to survive, even gain some insight from the experience, I now realise there is no division. I understand I have a beautiful mind that is also a delicate organ which must be ‘fed and watered’ properly and requires me to take full responsibility for my thoughts and subsequent actions.

Is it possible that in these extreme cases, where an individual’s belief that they have been singled out for a special purpose, stems from a very human, primal need to feel ‘special’, go to one’s ‘Creator’ – a calling to return to the protection of ‘home’? By becoming the ‘centre’ of our own, self-manifested worlds, here and now, we might somehow be looking to experience a reconnection with the centre of the ‘Energetic Universe’ and finally made whole again. Rather than an over-inflated ego, this child-like sense of separation and incompletion might be at the very root of an ‘unhealthy’ mind. So imagine if these feelings are just a myth. Imagine if we believed – actually knew – that we were not separated from the energy that formed us, nor is there anything missing within us… that we have never left ‘home’… then our minds might just be at peace and real bliss would finally have room to fill the vacuum left by the removal of doubt, denial and desperation from our thoughts. Perhaps it is true, that no one individual can ‘change’ the world. Perhaps the world is just as we have intended and we must seek to come to peace with ourselves first, then one day we will open our eyes to a very different state of play where the need to ‘change’ is far outweighed by the joy of just ‘being’ and there will be no need to be led anywhere by anyone.