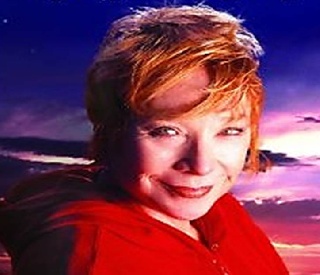 Kate Osborne spends time with Shirley Maclaine, tapping into the vast reservoir of her spiritual experiences covering health, education, the environment , and the human potential movement. We open up to the passion and curiosity that this accomplished individual brings to the search for the truth and purpose at the heart of our being.
Now she is in her 70s I asked Shirley if this life-long pursuit for her truth has left her feeling happy with what she’s uncovered, or isolated. ‘l am always ten years ahead, so that makes me lonely. It has a sense of ‘”od, does anybody know what I am talking about?” and then later it happens and then it becomes mainstream. But when you are this kind of investigator over years and years it becomes a part of you. I am still in this investigative modality and as a result, because I haven’t changed, people say there must be something to it. An example of this is children with Attention Deficit Syndrome – maybe these are new kids coming in, a more advanced child coming in at this time to help us through these changes that will inevitably occur. And between now and 2012 we need these children, and maybe ADS is an example of their basic nature, they are faster and more demanding than the kids who came in previously who don’t have this problem, that’s what I think is happening with some our kids right now and this will become more mainstream understanding:’

Shirley has recently moved out of Los Angeles to take up the ‘good life’ at a ranch in New Mexico. Is it a sactuary and why? ‘New Mexico is so conducive, that’s why I left LA, to go the “New Mexico” and feel that connection with nature. It’s so high, eight thousand feet, there are lots of crystals in the ground so that amplifies, both what you have figured out and what you haven’t figured out, ‘cos that can drive you out toa New Mexico is the place of the atomic bomb and all these teachings and all that stuff…we have karma to pay there. But I tell you, Kate, I have given up my love of travel. Id rather travel inside now. I don’t have to go with a passport any­where. It’s very, very nice. To travel within, to really peruse your own inner terrain, it’s what I have been up to, that’s why I wrote this book (Sage-ing while Age-ing). You also realise the values of Hollywood, the values of the commercial world. If you are into money then I would say “OK stay with money but learn to spiritualise it. Spiritualise your mon­ey and then you’ll find the real meaning of it.” But I do feel the sense of impending crisis, I really do, and that is going to cost money to get through. That’s why I have a ranch and I’m all self-sufficient, Kate, everything. That costs money though. When you realise how dependent you are on trucks, on gas, on other people’s enterprise in order for yot to stay alive, that can be daunting. So I took the bull by the horns and I’m growing my own food, I have my own water, I have my own heat, it’s all solar.

The other issue is to protect against the “bunker” mentality but you can’t really help it when you feel what’s going to happen, and I do feel that there will be a real crisis. Nature will get us before any self-destruction, she’s pissed. Nature will dis­rupt itself in order to restore balance. Water will be like gold in some areas, in other area it will be the destroyer. Nature will “read’ the respect for it that human consciousness has. Cayce [Christian prophet Edgar Cayce] believes England will be affected by tsunami and flooding and the East Coast of America will be affected by earthquake before the West Coast. But all of it is this question of adjusting the consciousness really, because nature follows mind and we have to take care of the balance in our own mind before nature can or cannot take charge, because right now she’s pissed, Mother nature, she’s really mad, and has a sense of involvement, won’t let it happen to her. I think it will come in stages, it already has, I mean look at it. I, for example, have experienced fire and mudslides in California in the last couple of months, they are happening much more than they used to. So you start to under­stand, and I know because of my interest in all of this and I’m really trying to co-operate with nature, that I will be in the right place at the right time. I don’t fear, but every time I visit a place where I have been before I see disintegration, to tell you the truth, too many people, too many cars, too much pollution, too much confusion. The work ethic doesn’t exist most of the time, a sense of living up to one’s own personal potential has been disintegrated, that’s what’s happening. I’m seeing a total lack of determination because of a total fear of fear. (To read the rest of this feature order Kindred Spirit’s issue 91)