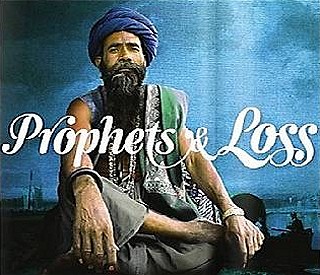 Nobody living today can honestly give a first hand account of the lives of any of the accepted great ‘prophets’ (teachers and healers), yet around the world people are still prepared to kill and die in their names – why? Can anyone actually claim to know that this is what these sages, these often gentle yet determined men and women, would have wanted? Their teachings and the way they went about their mortal lives speak the opposite. Only thanks to later interpretations is any licence given to the drastic and fatal actions caused by human conflict based on a belief. Is a false pursuit of prophetic teachings actually causing a loss far greater than we can ever imagine?
At the risk of upsetting some, I would argue that all of us, those before us and those to come are ‘human’ first and foremost and we gamble losing the incredible gift of the ‘human’ experience by trying to chase an intangible soul experience that was never designed for this Earth – and it is a message that flows through the teachings of all the prophets.

As a teenager I went on a mission – a ‘walk about’ in my mind. Using my heart as a compass I endeavoured to learn as much as I could about all the main faiths in order to find what I believed to be the ultimate answer – God. But nothing, not one faith or belief felt right for me. The paths all seemed to lead back to ‘man’. I even remember being in a small chapel in Germany, weeping profusely at the sight of a smiling, arms outstretched statue of Christ. The precise reason I never really understood then, but recall thinking I am so sorry for what has become of your words. And many years later having learned more about the words and actions of Buddha, Muhammad and the dozens of other men and women, who have sought to bring unity to their people at times of injustices and disharmony, I am left wondering why their simple truths are not enough for us? Why is there a need to embellish, disguise and distort the messages… what positives have we gained? Is there still time to prevent an unfathomable ‘loss’ – the idea that perhaps this is it, all that we will ever really know and remember and so we should seek to find ‘ours on Earth’.

When we speak of ‘traditional’ prophets, Buddha, Jesus and Muhammad are probably the best known. Of the three the most elaborate story is that of Jesus, even to this day scholars debate his very existence. However, the more that we learn of these men, their journeys and their teachings, the more their similarities out way the differences. They walked along the same path, albeit at different times. They sought to deliver a fairer life for their peoples – rebelling against the established ‘rule or law’ (that governed through division) – in order to restore harmony, not just between the people but within the hearts and minds of the individuals.

Taking these three accounts as a way of mapping a timeline of spiritual deliverance, we appear to be getting more confused and further away from ‘peace’ than closer to it. Buddha never claimed a special relationship with ‘God’, infact his central theme was about ‘enlightenment’ from within. This was echoed many years later in Christian teachings, but somehow didn’t seem to appease enough, coming from a ‘mere mortal’ no matter how pure his heart or wise his words – perhaps the idea of making him ‘super human’ would make us sit up and take note. Muhammad too understood that real ‘peace’ came not by provoking argument over differences, but embracing and respecting those differences in order to deliver the basic needs for a good life for all. But again it would appear that just being a ‘decent human’ was not enough. But it is precisely because we are all ‘human’ (spirit in the flesh), that our basic needs must be taken into account first. We will be forced to focus on these again soon. Water, food, shelter, good health, to love and be loved sustain us at the real grass roots level. The good health of wise men and women ensures they can teach, they can lead by example and people will pay due attention. We don’t want young martyrs, their lives should mean more than a fleeting moment to be gossiped about today and forgotten tomorrow.

Now there are some that would suggest that being alive in the human form is the ultimate deception, that only when we free ourselves from the attachment of being human do we really become enlightened. Well I would say, fine, but does that mean I have to endure this life rather than find my peace as a human being, enjoying the ‘attachments’ I have to my family and to others I care for? No, I choose to embrace the experience not endure. I choose to stumble upon ‘Nirvana’ when I am ready, not spend my whole life desperately chasing it. By continuing to focus on our differences, even down to differentiating between those who appear more ‘spiritual’ than human, we run the real risk of taking our eye off the one thing that really is a certainty – we are all in this together. This ‘experience’ of the thing we call ‘life’ has a beginning and an end, neither of which we have a great deal of control over. It’s the time in between that we can influence, we can make conscious choices and surely we have been told and shown enough times by now. The ‘prophets’ have morphed into ‘common sense’. Perhaps we have had our quota of great mystical ‘teachers’ and now we need to put into practice the knowledge we have inherently accrued.

How we ‘came’ to ‘be’ is not the big question, but how we ‘choose’ to ‘be’ is. And it is now entirely up to us. Short of a huge spaceship landing in full view of the world’s press, with accommodating visitors stepping onto our soil and spelling it out to us that if we don’t make the most of our ‘Eden’ something else just might, what more do we need? What more proof do we have to have? How many more decent humans have to run the risk of a shortened life, through conflict, starvation, disease and disillusionment to try and help voice a simple message, before we just stop driving ourselves mad and get on with living in the real ‘Heaven’ that life on this Earth can offer. We have long sensed the true simplicity of happiness, we are all born with it – and it’s loss is never more obvious than when we mean nothing and have no one. Perhaps that was at the heart of it all, that the idea of ‘God ‘ simply enabled those who had no one and felt their lives were without meaning to experience a sense of ‘love’ and in that their lives had meaning and mattered. Perhaps the prophets simply wanted nothing more than to have us remember that so long as we each exist to someone, somewhere, we matter we are loved. The thing we may really be at risk of ‘losing’ in all the chatter of ‘who’ and ‘what’ is right or wrong, or better or worse, is our ability to remember that one simple message and what it really means to be human. First published in More To Life magazine 2011