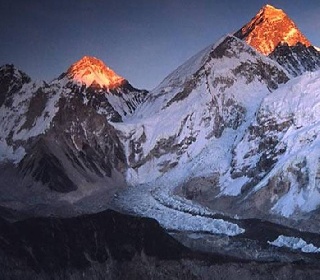 So much of what we are immersed in right now is weighing heavy on our hearts and playing havoc with our minds, all of which ‘helps’ starve the soul… But all is not as it seems, in fact far from 2012 heralding some sort of galactic alignment about to propesl us hurtling uncontrollably, purposely through time and space I see a bright and beautiful new dawn on the horizon. Why? Well for one, the ‘evidence’ at hand suggests we (Earth) will stay put for some time to come, that we as human beings have only ever continued to evolve, against all adversity and most importantly because for some time now all that is ‘good’ – abundant, collaborative and inspirational within us and around us has an unprecedented opportunity to shine!

Now I’m not suggesting that we are infallible, or that by simply ‘doing nothing’ fate will just guide us home.If you have read any of my previous ideas, you will sense I’m not one to turn a blind eye to the ideas, methods and actions that have caused us a good deal of grief, not to mention seriously harming the very thing that sustains us. But in the same way that repeatedly telling a child they are not good enough, we too can fall into that beleif that life is hopeless that whatever we contribute to this living planet will never be goos enough. However when we view ourselves as custodians rather than just consumers, we can benefit from our own ‘good parenting’ – from encouragement, second chances and a belief that far more is possible than impossible. Just so you can decide for yourself if I am actually backing this up with a few concrete examples, rather than reading this as the blissfully ignorant meanderings of someone ‘high as a kite’, I would like to share some real life undertakings of our ‘potential new dawn’. Perhaps then you too can experience our unfolding evolution, one that may well make headlines news one day – despite being really good news. My first example is ‘Japan’. Prior to its recent devastating natural disasters – from which the nation is now recovering, unknown to many, their very heavy dependence on uranium-based nuclear energy was being addressed. The earthquake and subsequewnt tsunami have merrely strengthened their resolve to bring the incredible potential of thorium-based nuclear fusion energy to the fore. This technology could solve humanity’s entire energy dilemma as we see it. As physicist and cosmologist Dr Jude Currivan, in her latest book HOPE reveals, “Thorium’s innate properties and its associated nuclear plant design means that no reactor could run out of control, explode or meltdown as in uranium-based nuclear facilities, and there is also enough naturally occuring thorium to last for thousands or years.” This gives us a ‘second chance’, more time, to develop and integrate natural energy resources such as solar, wind and tidal power! Much of the trauma our entire world is feeling and resonates has been accrued over centuries of conflict, deprivation and disease as differing ideas and their actions gradually encroached on each other resulting in a fear-based, knee-jerk reaction. Now wer are ‘closer’ than ever, but rather than trying to compete we can choose to understand, let go of that which we don’t grasp and collborate on the things we do. My secpnd example relates to the aftermath of all-consuming conflict; the wars that have ravaged every continent and still continue to do so in some really intense ‘hot spots’. They leave deep wounds that trigger our worst fears and most destrctive actions. Although many of these wounds are outwardly visible; loss of limb, senses, loss of life, the most heartbreaking are those that destry the spirit and sense of humanity. For some time there have been incredible people in established organisations that deal with the fallout of conflict. However there are now individuals, independently financed and supported, that spend their energy delivering simple technology that repatterns our internal wiring so that we are released from such profound trauma. Cambridge University graduate, engineer, innovator and complementary practitioner Peter Chappell is such a person. He has spent decades delivering his amazing PPD resonance technology to African genocide survivors that have enabled fundamental and speedy shifts from horrendous trauma and dis-ease to emotional well-being and a renewed purpose in life. My third example looks at the media industry, one that I was involved in for nearly ten years, and right now is going through a bit of a cleansing. At long last popular demand – people power – is having a major effect on the once fortress like abode of the predominantly white, males of a certain age, who manipulate information for their own limited ends. But the light of the new rising dawn has caught up with them too, and you could say they are feeling the ‘burn’. This enables a fabulously diverse collection of ‘ray riders’ to look up to the light and showcase another way of distributing information. Whether its computer technology that has paved the way for social networks to grow, or for people to more easily put their thoughts in print via self publication and e-book opportunities… they are all tools that have the potential to really embrace the ‘spark’ of life in us all. Even to the changing desires and goals of those delivering media solutions to business and individuals. My final example is the evolving work of Simon Sutton, founder of Simon on the Sofa who once resided at ‘Her Majesty’s pleasure’ and his dedicated and multi-talented team. Together they make up Conscious Media – offering film-making, copywriting, event organising and more with a view to do so from a place of integrity, inspiration and transparency. And in addition to these few examples there is the overriding fact that more and more people are gravitating towards the similarities rather than the differences between us. As ‘children’ of the Universe whose individual parts are as ancient as the Universe itself, we can rejoice and grow in all that is creative about us instead of being held down by dwelling on constricting experiences. This does not mean that as we take our place under the rising sun we will never again experience pain, fear or loss, but we will be better equipped to instinctively move through and beyond those feelings leaving us the time, energy and courage to learn new ways of being human. (c) Kate Osborne, Solarus Ltd. Fist published in More to Life magazine 2012