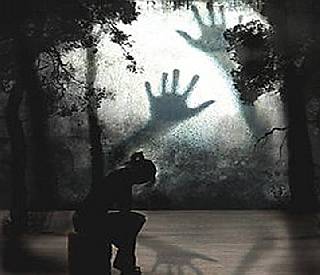 There are some who believe a person chooses to be born when their soul agrees to undertake the ‘lessons’ mortal life offers; even down to who the parents will be, the people they encounter and the experiences they will go through. Yet the vast majority see life as something not of the individual’s choosing, but of those responsible for their birth. Either way, it is something truly special when a life enters this world. Having had two children myself there is nothing quite as overwhelming and miraculous as that moment of ‘deliverance’. So what then drives someone to want to put an end to it all?

What happens when a person’s ‘coping’ mechanisms fail, when the abyss of non-existence is more appealing than anything life has to offer. Is it part of their ‘divine covenant’, just another experience, or part of the lessons of those directly affected? I don’t believe so. Many people ‘threaten’ suicide in order to exert emotional control over others. And often those people may ‘attempt’ suicide but don’t intend to die. As I have experienced, if a person has the real intention to end their life, they will find a way. These are not ‘well’ people. And facts show that the majority of those who commit suicide are not afflicted by starvation, torture or other real life threatening situations. It is predominantly an occurrence in the ‘wealthier’ countries, among those whose basic needs are not in question. Why then do some people, particularly younger people, feel suicide is an optional at all, never mind the ultimate solution? What does this say about the individuals and more significantly, the society into which they belong?

When my first husband took his life, whilst in his early 30’s, he didn’t have money worries, he wasn’t terminally ill, he appeared to have all that one could want – home, family, a business and a bright future. However, as I soon discovered, he also had a very distorted idea of his self-worth and a deep ingrained fear of facing up to his past – something that money could not change. Though I was 26 and initially ‘angry’ – seeing his decision as tragic loss of a good person, the loss of my best friend and what I saw as a profound failure in his upbringing, I did understand why he sought this ‘freedom’. But for many left with questions and uncertainties when a loved one chooses death over a life with those who care for them, suicide is seen as ‘wasted’ opportunity – a destructive force that has ‘stolen’ a person from them. In veritably we are not angry with the person but with the act that is so final, being left to play out this game of life ‘one man short’.

Getting through life is a team effort. As a society we are only as strong as the most vulnerable among us. Suicide is never painless. Even for those who have very legitimate and compassionate reasons for taking their life (or death) into their own hands others, it is an agonising process for those they leave behind. Even more difficult still then is when the threat of suicide is wielded like an emotional axe, not just a cry for help, but a painfully shrill screech for attention – there is something fundamentally amiss. Shortly before my husband killed himself I discovered he had taken overdoses twice in his youth, but these cries for help went unheeded. And his third attempt was far more brutal and fatal. Had someone asked him all those years before, why, what’s wrong, please let us help, perhaps he might have valued his part in this life more.

It is often said that in life we choose to ‘sink or swim’ when faced with dilemmas, trials and tribulations, but you really only have this choice if you have been taught to ‘swim’ in the first place. And in addition have had instilled in you a sense of worth and belonging. This has little to do with fame or fortune. In fact suicidal tendencies are on the up among the current culture of celebrity. This is about the responsibility of those who bring a being into this world in the first place. After my first husband’s death I was blessed to marry again and have children, and having a son myself now I could not imagine anything more heart wrenching and soul destroying than for him to be in a situation where he would want to take his own life. I can only believe that his father, myself and our extended family members especially, have and continue to nurture him in such a way that he never feels he has to contemplate such an act. I can only believe that whatever life throws at him he will know to ask for the help that is always there for him, from within and from his family and friends.

And there is also a vast chasm between the thought and the act of suicide. There certainly have been times in my life when I have wanted to ‘get off the treadmill’. There are few people I have met who have never thought about it at low points in their lives, so it is something most people can relate too, but to actually threaten suicide physically takes a real down shift in our internal gearbox. In my brief time as a Samaritan I realised those calling, far from wanting to die, where desperate to find a reason to live. Had they really wanted to end their lives, they would not have taken the decision to call. Most people as seeking a light in a very, very dark place. And this is a place of great emotional instability, of a dis-ease within that needs to be acknowledged and treated.

Suicide is an option but it is seldom the answer. Even if you believe in a ‘divine covenant’ or ‘spiritual contract’ then you have to acknowledge that suicide will not exempt you from returning again, for suicide leaves so many loose ties. Neither can ‘wolf cries’ of suicide be used to keep others in bondage. Again this is an unwise and unhealthy route; often turning those you want attention from, against you. There are sadly some people who have no-one, who feel their life is worthless, that they are worthless, and the idea of ending their heartache seems the best option, but when I recently spoke to a good friend who had attempted suicide three times as a young woman, had she been given the option to take a pill that would change her circumstances rather that a pill to end it, she would have opted for the former.

Now I don’t believe in the idea that those who commit suicide, will ‘rot in hell’, as I don’t believe in a biblical hell. The person who kills themselves has already been through their hell and leaves some hot embers behind for their loved ones who may be left to question why. What I would ask anyone who is really contemplating suicide is – do you want to your life or would you rather live a better one? And if, as I suspect most will want to live a happier life, then please ask for help, from friends, family or the Samaritans. And to those left behind as ‘victims’, look into your hearts – and if you know you had done and said all you could for the one you lost then, let it go…if not, then be prepared to change your ways from today and make sure the ones you love and still have in your life know this.